Hamilton’s premiere MMA fight night is back on May 11th for another night of jaw dropping action.

The event will see 8x Novice MMA fighters battle it out in a Grand Prix tournament to take home the Full Force Championship belt and claim the title of top upcoming middleweight of 2019.

The card will also feature a range of additional MMA super fights.

The event will be offering VIP experience only - tables of 10 which includes a fully catered meal prepared by two of Hamilton’s most renown chefs and both alcoholic & non-alcoholic beverages. Tables are $1800 and numbers are strictly limited - so get in quickly to reserve yours.

Come join us for the first official Beatdown Pre-Party at Cucina Cafe on Thackeray St from 4-6pm on Saturday May 11th.

Take the time to meet our NZ MMA guests of honour: Hamilton’s only UFC fighter Luke Jumeau, who will be joined by international athletes Matt "The Viper" Vaile & Michelle Montague.

This is the perfect chance to socialise, network and make the most of the occasion before the evening’s fights start. Open to all Beatdown IV guests & friends - just show your tickets at the door. 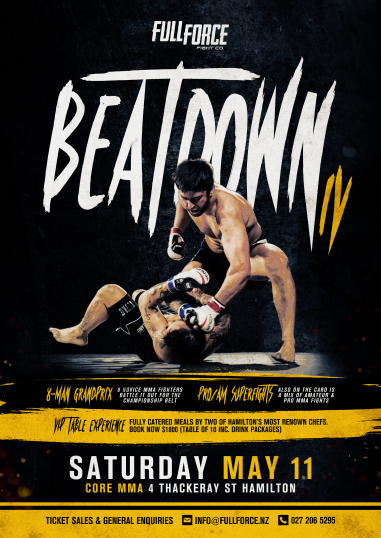 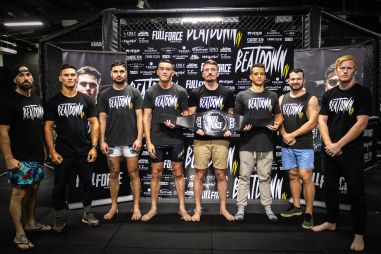