Now rescheduled to August 22nd, the event will see 8x Novice MMA fighters battle it out in a Grand Prix tournament to take home the Full Force Championship belt and claim the title of top upcoming light-heavyweight of 2020.

The card will also feature a range of additional MMA super fights.

The event will be offering VIP experience only - tables of 10 which includes a fully catered meal prepared by two of Hamilton’s most renown chefs and both alcoholic & non-alcoholic beverages. Tables start from $1800 and numbers are strictly limited - so get in quickly to reserve yours.

Beatdown is a VIP Table-only event. To book your table for Beatdown V, simply fill out and return our Table Order Form to info@fullforce.nz.

Note: there is no GA / door sales. Get in early to avoid disappointment.

Come join us for the official Beatdown Pre-Party at Cucina Cafe on Thackeray St from 4-6pm on Saturday November 21st.

This is the perfect chance to socialise, network and make the most of the occasion before the evening’s fights start. Open to all Beatdown V guests & friends - just show your tickets at the door. 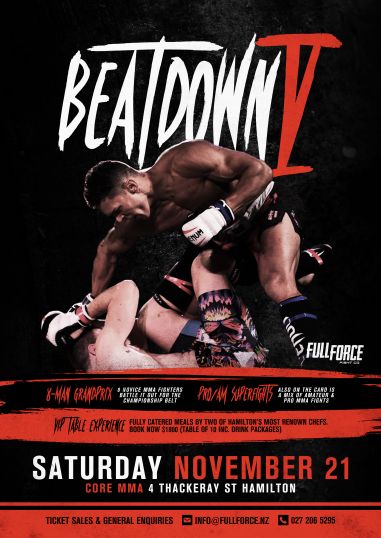 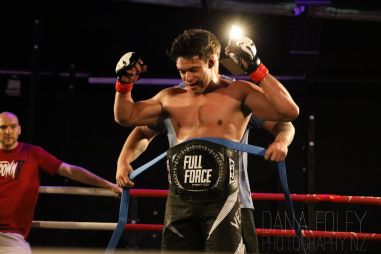